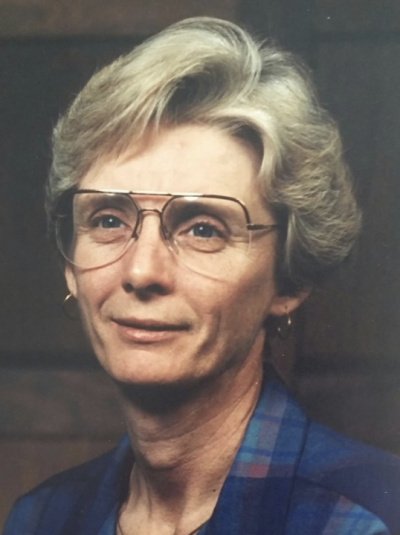 Queen’s Athletics and Recreation and School of Kinesiology and Health Studies mourns the loss of Donna Gallagher.

Former Professor and Gaels women’s volleyball, field hockey and badminton head coach Donna Gallagher passed away July 18, 2018 in Kingston at the age of 77.

Donna, a former member of the faculty of the School of Physical and Health Education (SPHE) and a decorated coach of the Gaels, was a legendary mentor, coach and supporter of generations of students and student athletes over the course of her 27 year career at Queen’s.  Arriving at Queen’s in 1969 from Springfield College (BA, 1963, MSc 1969), Miss “G”, as she was fondly known by her students, spent 27 years teaching a variety of academic and practical courses in the School.  A passionate advocate of physical activity in the development of healthy children, Donna taught courses in human growth and development, adapted physical education and games of low organization (GLO).  Donna was awarded the Canadian Association of Health and Physical Education Award of Merit in recognition of her excellence in teaching.  As the Chair of Undergraduate Studies in the School for 10 years, Donna was known as a fair minded, compassionate advisor to the many hundreds of students who sought out her wise counsel on the way to completing their degrees.

Donna’s passion for sport saw her coach a variety of sports including field hockey, badminton, volleyball, track and field and softball.  It was in volleyball where she made her mark, leading the Gaels women’s volleyball team for 15 years. In 1982-83, her final season, her team was undefeated (a record that stands today) and she was honoured by her peers as the Ontario Women’s Interuniversity Athletic Association (OWIAA) Coach of the Year. As a recognized international clinician and author, she took many Queen’s women’s teams on successful European tours and served as a guest coach to national team programs in the US and Japan.  She also led the field hockey team to two Women’s Intercollegiate Conferences Association (WITCA) Championships.  As well, she led the entire Athletics and Recreation program at Queen’s while serving as Acting Director of Athletics and Recreation in 1994.  For her leadership and many contributions, Donna was inducted into the Queen’s Coaches Hall of Fame in 2003.

Donna’s enduring gift to Queen’s was that of a consummate educator.  In the classroom, on the court, or in her office, she was a positive role model for her students, influencing the lives of many young people.  She is remembered for her work ethic, sense of fairness and drive for excellence which left an indelible mark on many. She remained a cherished friend to countless students and colleagues well after her retirement.

A Remembrance Reception for friends and family will be held on Thursday, July 26th from 5:00pm to 8:00pm at the James Reid Reception Centre, 1900 John Counter Blvd.  Words of Remembrance at 7:15pm.   For more details please see https://jamesreidfuneralhome.com/tribute/details/836/Donna-Gallagher/obituary.html#tribute-start .  If you wish, in lieu of flowers, donations in Donna’s memory may be made to the Sandy Pines Wildlife Centre http://www.sandypineswildlife.org/?page_id=826